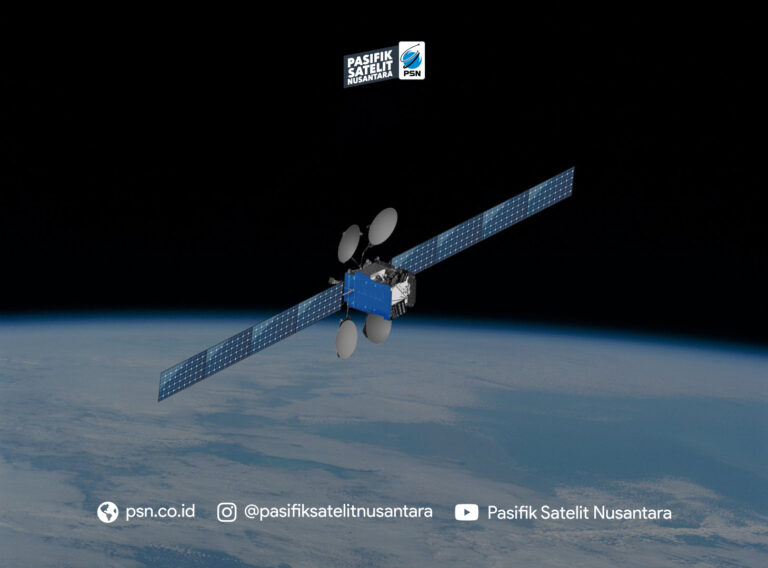 PSN Group will continue developing satellite capacity in Indonesia and surrounding areas.  PSN Group has entered into contracts to build the Nusantara Lima Satellite which will be launched in 2023 and will augment the capacity of SATRIA-1. With these 2 VHTS, PSN Group will be one of the biggest satellite capacity providers in Asia with approximately 330 Gbps covering Indonesia and its surrounding areas.

Minister of Communications and Informatics of the Republic of Indonesia, Johnny G. Plate states, “I want to congratulate PSN Group for the Nusantara Lima Satellite Project. This project shows that despite the pandemic situation, the acceleration of digital transformation continues to be developed in providing connectivity across the Indonesian Archipelago. With the HBS and SATRIA-1, the Government of Indonesia will provide inclusivity and connectivity all over the nation, including some of the neighboring countries in ASEAN. The Nusantara Lima Satellite will provide 140 Gbps capacity in Indonesia, whereas the majority of the 80 Gbps will be utilized by BAKTI Kominfo for Hot Backup Satellite, 60 Gbps will be utilized by the national satellite operator and the balance of 20 Gbps will be serving Malaysia and the Philippines.”

President Director of Telecommunication and Information Accessibility Agency (BAKTI), Anang Latif states, “The Hot Backup Satellite and the SATRIA-1 Satellite ensure a higher degree of reliability for services in the most remote places in Indonesia and also provides additional capacity to this area. This allows BAKTI to fulfill its Universal Service Obligation (USO) as mandated by the Government to the remote places in Indonesia where terrestrial communication is not available. “

CEO of PSN Group, Adi Rahman Adiwoso, explained, “We have already entered into a contract with a satellite manufacturer from the United States, Boeing Satellite Systems, to build the Nusantara Lima satellite. We also have entered into an agreement with SpaceX to launch the satellite on its Falcon 9 rocket. PSN Group has also selected its ground segment partners Hughes Network System for the broadband network and Kratos Communication to provide Satellite Spectrum Monitoring and Network Management System. The antenna and the RF gateways are provided by Kratos and PCCW Global from Hong Kong. PSN Group is proud to work together with world-class partners in bringing Nusantara Lima operational in 2023. “

Ryan Reid, President, Boeing Commercial Satellite Systems International, states, “Boeing has a rich history of serving the Asia Pacific region with our satellites and satellite services, including Superbird 4, Asiasat, and JCSAT-18. We also provided Indonesia’s first telecommunications satellite Palapa A1 in 1976 and we’re proud to continue that legacy for Indonesia and its neighbors with our customer PT Satelit Nusantara Lima (SNL), a subsidiary of Pasifik Satelit Nusantara, on the N5 Satellite. Through innovative technologies, like transient-free precision pointing and other customizations to meet SNL’s unique requirements, Boeing’s 702MP satellite will provide unprecedented and inclusive connectivity services to the diverse environments of the Asia Pacific region. “

“PSN’s selection of SpaceX to launch Nusantara Lima is a testament to our great relationship,” said SpaceX Vice President of Commercial Sales Tom Ochinero. “This launch will mark SpaceX’s third mission for the company, and we look forward to providing a reliable ride to orbit for this spacecraft.”

Ramesh Ramaswamy, Executive Vice President and General Manager, International Division at Hughes, commented: We are pleased to continue supporting PSN Group in its efforts to connect the unconnected throughout Indonesia and the ASEAN region. Their selection of our Hughes JUPITER™ System Series 3 ground components will afford PSN the scalability, management simplicity, and operational efficiency to implement and manage a high-quality satellite internet service under the BAKTI initiative to bridge the digital divide, a program for which our JUPITER System is a cornerstone.

Kratos Communication is a company suited with the reliability and experience required to supply the gateway antenna and RF system.

“PSN has an ambitious, forward-looking strategy for meeting the challenges of delivering reliable connectivity to this region, and we are extremely pleased to be able to support that vision,” said Mike Smith, SVP of Sales for Kratos. “Cutting-edge gateways enabled by advanced Kratos antennas and integrated Kratos carrier and network management software will provide the advanced technology to support PSN’s space assets and service delivery goals.”

Frederick Chui, Chief Commercial Officer, PCCW Global, said: “We have been providing teleport services from Stanley Earth Station, Hong Kong, to host PSN’s gateway on the PSN-6 Nusantara Satu satellite. PCCW Global typically supports ground segment teleport gateways and terrestrial networks, and equips PSN with connectivity throughout Asia.  And we are now strengthening our collaboration with PSN by supporting a critical teleport system, following the launch of a new satellite.”

“With PSN Group’s total satellite capacity of more than 330 Gbps, it will strengthen its position as a leader satellite provider in Asia. PSN is also proud to work with world-class industry players in the field of the satellite network. PSN believes it will successfully eliminate the digital divide in Indonesia and its surroundings” said Adiwoso.

This site uses Akismet to reduce spam. Learn how your comment data is processed.